I’m in the middle of reading LAID by Shannon T. Boodram — fabulous project, by the way, in which teenage and young adult contributors relate stories of their specific sexual encounters. The stories are divided into chapters based on theme, and they each start with an introduction and end with FAQs and a self survey. It’s a great read — and designed to work pretty well as a sex ed text!

I want to respond to the first chapter: Hookups That Fell Down. What do you think it would mean for hookup to fall down? I thought maybe it meant that hookups are hard to negotiate and often end in confusion, hurt, and conflict.

Actually, the so-called hookups described in each story were full of confusion and hurt from the start. The thoughts and actions described in each tale demonstrate an apparent lack of consent. I didn’t really want to… I said let’s slow down… I figured I might as well go along with it… followed up by lots of bad feelings and other negative results.

In my line of work, we don’t just call that a hookup. That is potentially rape and sexual assault.

However, I don’t want to label other people’s experiences. It wouldn’t help the writers of these stories to feel pressured to identify as rape survivors. But if the point of the book is to educate others, which it is, then the author has a responsibility to educate accurately.

When someone tries to hookup with you without your explicit and enthusiastic consent, that’s not okay.

A post for another day: in order to keep hookups from falling down this badly, we need to teach and promote better communication skills, clearly. 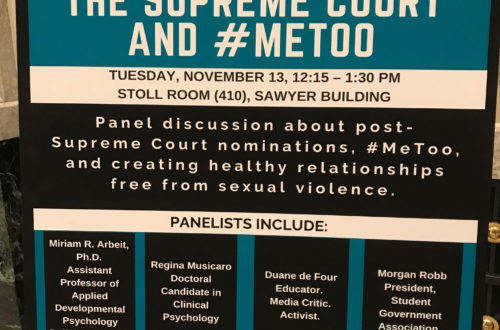 3 thoughts on “Let’s Call It What It Is”