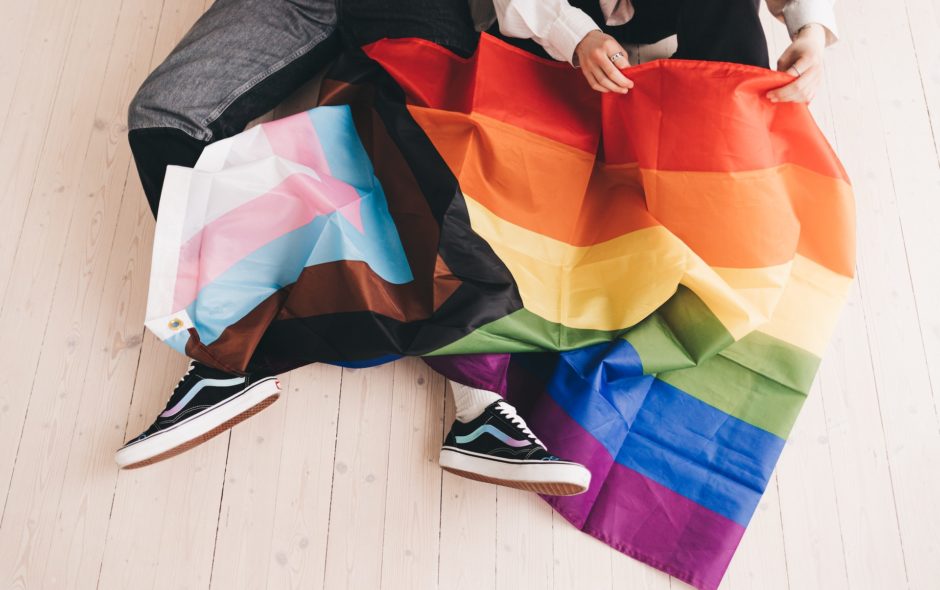 written in collaboration with Dr. Russ Toomey, and posted originally on Medium.

Threats against trans youth and adults continue to escalate, in schools and hospitals and state legislatures across the United States and beyond. Please use these talking points to talk with your friends, family, neighbors, parent-teacher associations, religious congregations, school boards, city councils, state legislators, other elected officials, local media… and more.

Some friends of mine at the Society for Research in Child Development wrote a Statement of the Evidence documenting research on trans and gender diverse youth development, and identifying policies that we all can support (and oppose!), titled “Gender-Affirming Policies Support Transgender and Gender Diverse Youth’s Health.”

I spoke with some of the authors of the report (special thank you to Dr. Russ Toomey!) for guidance on how to use research evidence to craft strong messages in support of trans and gender diverse youth. Here’s what I gleaned from our conversation.

DO NOT shift the focus to “all youth”; this erases the specific needs of trans youth and suggests that trans youth are less important than their cisgender peers.

2. Express confidence in the scientific evidence.

DO NOT suggest that gender-affirming practices (medical, social, educational) are up for debate, that “we don’t really know,” or that we lack scientific evidence to support these practices.

Trans youth and their families should be able to work with licensed trans-friendly healthcare providers to make decisions around gender-affirming medical care such as puberty delay, hormones, and surgeries. These decisions should be guided by standards of care set out by leading medical communities that prioritize trans youths’ well-being.

DO NOT suggest that gender-affirming medical care is in any way experimental or harmful. No data exist that suggest youth are getting gender-affirming treatment that contradicts the standards of care.

4. Express confidence in the value of affirming children’s gender identities at all ages.

Children who identify as trans when young tend to continue identifying as trans or nonbinary through adulthood (for example, see this paper by Dr. Kristina Olson and colleagues in Pediatrics). Also, if trans youth do change their gender identity, name, or pronoun later on, that’s okay! We can respect and celebrate who trans youth are right now, and also respect and celebrate them if their identity changes.

DO NOT suggest there could be risks to using chosen names and pronouns for children of any age, even if their chosen names or pronouns change. There is no crisis of “rapid onset gender dysphoria” – children should be believed when they say who they are and how they want to be treated, no matter how surprising these changes may feel for adults.

DO NOT suggest that there is an age when children are “too young” to learn about gender identity and transgender people.

With increases in transgender visibility, there is more room culturally for children to think about their gender identity, and that’s GREAT. Identity development is normal! Young people need time to figure themselves out and try on new ways of sharing themselves with the world. Children and adolescents should be allowed space to question their gender identity and should access a multitude of resources and role models exemplifying trans and gender diverse identities, including in school.

7. Call out the hypocrisy of the people fueling the current wave of transphobic policies.

Transphobic policies are being used as political theater to maintain power for a small set of wealthy white cisgender men.

DO NOT give credence to the transphobic fear-mongering or attempts to pit marginalized groups against each other. They don’t care about young people’s health, about cisgender girls’ sports careers, or about safe school environments. They care about staying in power through creating enemies and disenfranchising people who aren’t going to support them.

Together, we can shut down transphobia and build communities in which all trans and gender diverse youth can thrive. Use the correct name and pronouns for your family, friends, classmates and coworkers; practice, practice, practice so you get this right. Attend school board meetings to support age-appropriate gender-affirming school curriculum and teaching practices. Tell your legislators you oppose transphobic policies and want to see more policies passed to protect trans youth. Find out how you can support trans youth in your community, such as organizing mutual aid funds to help folks access gender-affirming health care. Connect with people in your life who share your support for trans youth, and build power together to make change in your community.

DO NOT suggest that the struggle ends with opposing transphobic policies! We need more than the absence of harm – we need strong sustainable systems of support. We aren’t there yet. Do not miss any opportunity to emphasize the need for further organizing to support trans youth.

Please take & adapt these guidelines to make them as useful as possible for your local organizing efforts. See the Statement of the Evidence report for more information to back up these talking points, and reach out to me or to the report authors for more information.

From the Society for Research in Child Development: