“The New Girl Order,” an article by Kay Hymowitz in your Fall 2011 issue, is a misinformed and narrowminded article that insults both girls and boys in America today. Hymowitz puts girls in danger by making the argument that there is no more need for feminism and that somehow the position of girls in society today is the best it could ever be. Hymowitz bluntly perpetuates the war of the sexes by looking for point-by-point equality rather than stepping back and asking, given a history of patriarchy, what can we do now to achieve gender equity. Furthermore, Hymowitz’s final messages seemed pinned on hurtful and antiquated ideas about marriage.

Hymowitz cites girls’ advancement in education as evidence that feminism has succeeded and is no longer necessary. Increasing numbers of women in science and engineering must mean that we’re all set. But we are not: I could talk about the glass ceiling, the need for more women in politics and the need for more fair and holistic representations of women in the media. I could talk about how women on college campuses face an epidemic of sexual violence and the “terrible trio of shame, blame, and fear” when they try to pursue their own desires. I could also cite the very research that Hymowitz dismisses—the tradition of Carol Gilligan of listening to voices of girls as they become teenagers, as they silence their own needs in order to become that perfect girl that everyone else wants them to be. Furthermore, I could and should write about so many women who don’t make it to college because they don’t have access to the education or the money they need, or because they were not encouraged to pursue their dreams. So many “American girls” are not the girls about whom Hymowitz writes—the ones who benefit from own race, class, citizenship, and other privileges that remain invisible in this article yet delineate her entire argument.

Another major misconception in this article is that equality and equity are not the same thing. Hymowitz seems to believe that we have reached equity once we have both “College Women’s Centers” and “College Men’s Centers.” She lives in an utterly binary, separatist world. I don’t want to live in that world. I am a feminist, but I do not, as she thinks I do, “worry that if we pay more attention to boys we will take our eyes off girls.” In fact, I heartily believe that the key to improving our education system and transforming gender socialization is empowering children and youth of all genders to explore, express, and embody. Hymowitz lauds a girls’ softball coach who decided to “coach them like men.” But treating girls the way we treat boys will not help anyone. What about the boys who want to sew, cook, care for children, build close friendships, and share their feelings? Where is the room for them in our culture, in our gender system? According to Hymowitz, feminists “could say that the culture of male privilege is so powerful that it can’t hurt for boys to be pulled down a peg or two.” Actually, dismantling the culture of male privilege is essential—for women and girls, for men and boys, and for everyone who can’t live and love within such a rigidly policed, binary system of gender.

Hymowitz, for a moment, would agree with me that girls and women stand to gain a lot from more attention paid to boys and masculinity. But her reasons for wanting to attend to boys are quite the opposite of mine. She says that girls are going to begin looking for males to marry, and will struggle to find males as educated and accomplished as themselves, and will instead choose to be single mothers, which she sees as a crisis. (Of course, in her world, the option of two women marrying each other does not seem to be available.) I find this last paragraph utterly offensive. It proves that her investment in the “betterment” of boys is not because feminism has done its work but actually quite the opposite—she invests in patriarchy because it provides a foundation for normative heterosexuality. Men have to be successful and powerful in order for women to be their subordinate wives.

I’m sorry, but as I finish reading this article, I completely fail to understand why you published this in the Tufts Magazine. Once I have my Ph.D. from your institution, will you be ashamed of me unless I become the wife of a man who also has a doctorate or other advanced degree? Women’s lives do not revolve around wearing a diamond given to them by a man with the right resume. Clearly, we still have a lot of work to do in promoting positive development for all youth and freeing all youth from hegemonic gender ideologies.

All my best,
Mimi Arbeit 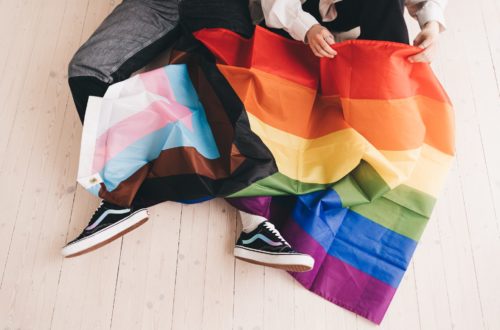 3 thoughts on “An Open Letter to Tufts Magazine”